About Us
|
Our Staff
|
Why Choose Us
|
Testimonials
|
Contact Us

Our Funeral Home Founders and History 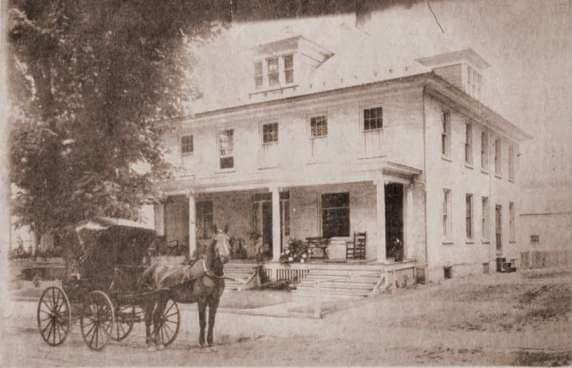 The funeral home has been serving Bedford County and Fulton County friends and families for over 120 years.

In the late 1800’s, D. Sidney Gump started providing funeral services from his West Main Street home in Everett. In 1910, Mr. Gump moved the funeral parlor from across the street at his home to 22 West Main Street, where the funeral home stands today. Later his son D. Stanley Gump, began working with his father and owned the funeral home. This is a photograph of the D. Sidney Gump funeral parlor in 1910, and, with a closer look, you can see the 2nd and 3rd floors remain the same.

In 1949, Andrew and Sara Conner moved from Clearville to Everett, buying the funeral home from the Gump family. Known as Conner Funeral Service, Sara and Andy lived upstairs for many years, operating the funeral home on the first floor with their son Lynford Conner after he returned home from World War II.

In 1978, Auggie and Beverly (Saylor) Dalla Valle wanted to move back home to Bedford County, with their hometowns being Schellsburg for Beverly, and Windber and Schellsburg for Auggie.

The Conner family members we approaching retirement, and Auggie and Beverly took ownership of the funeral home, and began operations under the same thoughtful and caring manner that Andy and Sara had brought to our communities for so many years.

Auggie and Beverly's son, Scott, returned from Pittsburgh to continue the business in the family name. He passionately and proudly served the community for many years until his untimely passing in August 2020.

And now, Jared Donelson and his staff do their best to serve families, continuing the funeral home's tradition of personalized, thoughtful service.

Our web site will give you information about us and the services we provide. If you have any questions or would like to share suggestions on how we could improve our site, we would appreciate hearing from you.